I recently ran into multiple issues with Oracle JDeveloper 12.2.1.4 when trying to call external REST web services from a BPEL project. It was quite painful and pretty much what I concluded is that even this latest version of JDeveloper remains to be buggy when it comes to REST development.

I want to invoke a REST service from my BPEL project. This external REST web service is accessible at http://soatest/test/.

Adding a REST reference is simple enough. In the screenshot below, I chose not to select the Reference will be invoked by components using WSDL interfaces option.

I then created a Resource Path /test/{identifier} and created a POST method. Now, as you can see in the screenshot, JDeveloper is smart enough to understand that {identifier} is a parameter and creates a Runtime Property for you that you can reference in your Invoke activity later on.

Now in my Invoke activity, and I copy a variable to the runtime property rest.template.identifier which was defined in the adapter earlier. So far, so good.

For some crazy reason, although the code is developed correctly, I got an error during runtime. After enabling TRACE in the logs, I was getting an HTTP 400 error upon invocation:

Essentially an HTTP 400 is a "Bad Request", which means it's on the client side (i.e., my BPEL process). In fact, the target service never received a call.

Oracle Support states that when creating the REST adapter, I should have selected the Reference will be invoked by components using WSDL interfaces option.

The Problem with the Oracle Support Solution

Similar to the steps above, I added a REST reference but now selected the option Reference will be invoked by components using WSDL interfaces.

The problem is that there's no longer any Runtime Property!

This is a real problem actually.

As an ugly workaround, I manually added an existing property to the Expression, so I selected salesforce.LocaleOptions.language which I knew I would never use.

This is how my adapter looked like in the end:

Now in the Invoke activity, I simply copied my variable over to the jca.salesforce.LocalOptions.language property, which the adapter then used to override the identifier parameter.

Man... dealing with & (ampersands) in SOA, web services, XML, and REST sucks. Dealing with special characters in general sucks-having to figure out if the product or tool is escaping/encoding them for you or not. Recently, I had to update my BPEL process to 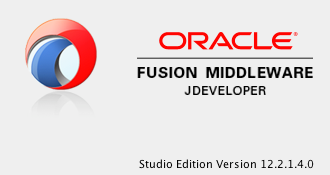 Apparently I've run into an issue with Oracle JDeveloper 12.2.1.4.0 when using the Native Format Builder against a JSON file. Other online posts point to Oracle